Top 10 Tripuri Cuisine To Look At

A Tribe/Community is best known for their cuisine or food. It helps to understand its respective culture more deeply. Every tribe/Community has there owned unique or traditional cuisine so Tripuri People also have their own cuisine.

Tripuri People serve and eat these foods from the old days only. The most common ingredient is pork, dry fermented fish these are regularly used in all the Tripuri food.

Some of the main dishes of Tripuri People are: 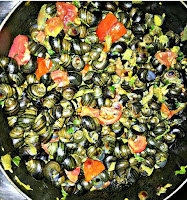 These are prepared by water snail as the main ingredient. The water snail is first boiled and then fried with oil. Then vegetables such as tomatoes, potatoes are included. Green chilies are used in large amounts.

These are made by boiling chicken, bamboo shoots, potatoes with chili, ginger. Ginger is the main ingredient. A major herb called Raising Mosla is added to bring more fragrance in it.

These food items are mainly served as the main course by the Tripuri people. It is served on special occasions and days. Pork is the main ingredient here. First off all pork is boiled till water is soaked. Then chili, ginger, onion are added. Tomato and little lemon juice are also added.

The Traditional Tripuri rice-beer is called a chuck. It is made by fermenting rice with water. It’s mainly drunk by Tripuri’s on social occasions, family occasions, and special days.